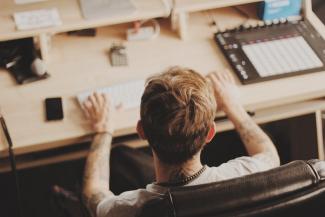 After a mixed day of trading yesterday with only the NASDAQ posting a gain for the day, we have a very different market today.  With Dow futures tracking well above 400 points in the pre-market, the Dow opened up more than 450 points and as of 7:30am PDT the Dow has continued to climb to more than 600 points.

What’s driving the U.S. equity markets today?  The widespread conversation of reopening the economy – at both the state and federal levels.  While there seems to be some disagreement as to who has final authority, the fact is that the conversation is happening – indicating, some would say, the virus may be peaking and on the backside of the growth curve.

Two constitutional law professors have stated that the final authority rests with each states’ governor, and that the Trump administration has “persuasive power” to work with the governors in establishing a reopening process for the economy.  This relates to the timing and process of the opening of state and federal economies.

The other conversation among market analysts is the trajectory of the economic recovery – is it a V, a U or a W?  V and U economic recoveries indicate that the economy contracts rapidly (where we most likely are now), and the recovery comes either rapidly or somewhat more gradually, but recovery is linear (i.e., fairly straight up).  The W recovery suggests the economy begins to recover, and then some event causes the economy to decline again before its ultimate recovery.

We will keep you posted on both issues.  Until we have clarity as to the outcomes to both conversations noted above, the market will continue its volatile ways – but we certainly welcome a solid rally anytime!