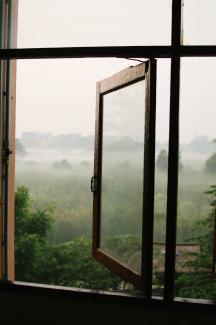 Dow futures were up about 50 points this morning waiting for the weekly report of new unemployment claims filed that is being released at 5:30am PDT.  The expectation was for 4.25 million new jobless claims.  The actual figure came out at 4.4 million.  That brings the five-week total unemployed to 26.4 million American workers.

There are two ways the market could look at that number. First, that the actual number reported was greater than expected and treat it as bad news.  In this market, bad news often causes market declines of most any magnitude.

Second, it seems instead that the market treated the report as good news.  How could that be?  Our belief is that while the reported number was greater than expected, it was lower than the last several weeks, possibly indicating the rate of growth of the unemployed is beginning to slow.

The market clearly has chosen the latter, and by 8am the Dow had gained more than 300 points.  As always, it’s often the last 30 minutes of trading (from 12:30 – 1:00pm) where the real volatility can happen.

Beyond the markets, all eyes are on the timing and process of coming out of shelter in place.  It seems to be a balancing act between what is medically prudent and getting the U.S. economy back up and running to its potential again.