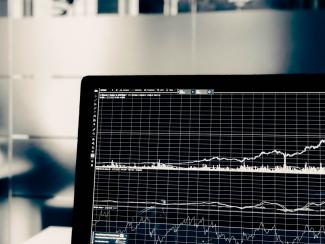 March was a terrible month in the investment markets, capping off a pretty rough quarter.  The first three weeks of January looked as though 2020 was going to be business as usual.  Then entered the coronavirus (CV).  The world’s equity markets slowly drifted downward through most of February, and then came March.

Bonds, which most often move in an opposite direction to stocks, had a rough month as when interest rates moved very rapidly and posted losses as well.  The Barclay’s Capital Aggregate Bond Index dropped 0.59% in March, but still posted a gain of 3.15% for the quarter.  High yield bonds, which tend to track with stocks, lost 11.49% for March and 12.68% for the quarter.

We see there being two major issues facing the investment markets – medical and economic/financial.  As of today, April 8, several positive reports are coming out about the successful use of HCQ and Z packs, as well as successful trials toward the development of a vaccine.  The power of American medical research will, eventually, find both a treatment and a vaccine.  The markets have and will continue to respond very positively.

The ultimate economic fallout has yet to be seen.  We expect upcoming unemployment and GDP reports to potentially rock the market, but that should be temporary.  While some segments of the economy will take longer than others to fully recover, we believe the lion’s share of small businesses will be up and running (to some degree) fairly quickly.

Many analysts are calling for a 4th quarter 2020 recovery, some are now saying recovery will come sooner than that.  We will keep you updated.