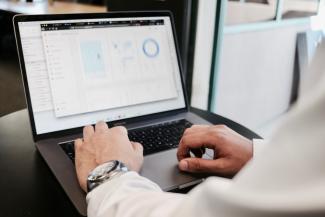 A wild day on Wall Street yesterday ended with a late-day sell-off of all three U.S. major equity indices.  The Dow and S&P 500 gave up their earlier gains in the last hour of trading, ending their 7-day winning streak by dropping 0.36% and 0.80%, respectively.  On an intraday basis, the Dow crossed the 28,000 mark for the first time since February 25, and the S&P 500 got to within 1.76% of its intraday all-time high reached February 19.

The NASDAQ closed down 1.69% for its third straight negative day, dragged down again by the largest technology names.  For the year, however, the NASDAQ leads the “big three” stock indices gaining 20.17% so far in 2020.

Precious metals, which have surged in recent weeks, took a beating yesterday as the drivers of their rally – a decline in interest rates, a steady increase in inflation and a falling U.S. dollar - began to lose momentum.  For the day, silver took a huge beating after nine straight weeks of gains plunging 14% to about $25.24 per ounce.  Gold, which has also experienced a big rally in recent weeks, dropped 5.5% and hitting a low of $1,921.20 per ounce – its lowest level since July 28.

Investor sentiment was lifted this morning after the Trump Administration announced that the U.S. government will purchase 100 million doses of Moderna’s experimental coronavirus vaccine, which is currently in late-stage human trials.  In the premarket this morning, Dow futures gained more than 200 points, lifted by a rise in cruise line, airline and bank stocks.  Tech stocks also began to recover some of yesterday’s sharp losses.