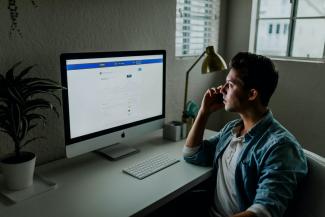 Although stocks are starting off flat this morning, the Dow and S&P 500 are wrapping up their best August performances since the 1980’s.  With only today to go, month-to-date the S&P 500 is up 7.2% and on track for its biggest August since 1984. The Dow has rallied more than 8% this month and is also on track for its best August in 36 years.

This month’s gain has pushed the S&P 500 to record levels, with some believing it is confirmation that a new bull market has begun.  The Dow erased its 2020 losses last Friday, finishing the session with a year-to-date gain or 0.4%.  The rally this month built on the market’s sharp rebound off the March 23 lows.  Since then, the Dow and S&P 500 are up 57% and 60.1%, respectively.

“We had hoped that the market would consolidate its gains since March 23, giving earnings a chance to rebound,” said Ed Yardeni, president and chief investment strategist at Yardeni Research.  “However, Fed officials continue to drive up stock prices by committing to keeping interest rates close to zero for a very long time.  Consequently, they are fueling a melt up in stock prices.”