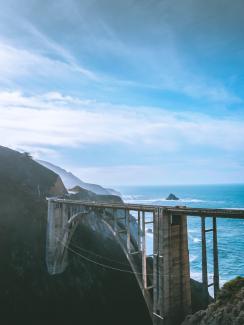 The U.S. equity market seems to be caught in a push/pull environment of whether the economy will recover as robustly as previously believed.  The gross domestic product (GDP) report for the 2nd quarter of 2021 is a great example.  During that quarter, market analysts forecasted that the economy would grow by 8.4% and grow at even a faster rate as the year progressed.  But that forecast turned out to be too optimistic as the actual GDP for the 2nd quarter was only 6.5%.

Many free-market economists cited the tight labor market as the key reason for the stifled GDP.  They pointed to the $1.9 trillion American Rescue Plan passed last March that extended federal jobless benefits (in addition to state benefits) that in effect paid workers more to not work.  The ripple effect was reduced productivity in the economy that by May showed up in the consumer price index (CPI) report of 4.2% year-over-year.  By June CPI had jumped to 5.4% and it became clear that inflation was now center stage for the U.S. equity markets.

Many states began to notice that the extended federal jobless benefits may have been leading to more available jobs than workers willing to take them.  In June alone, 22 states cut the federal enhanced benefits and in July, 3 more states joined them.  Towards the end of July some states reported that job applications had jumped by as much as 40%.  On August 6, the Labor Department reported that the U.S. economy had added 943,000 jobs in July which dropped the unemployment rate to 5.4%.  Further, the Labor Department also reported that the average hourly wage increased by 4%.

While the July jobs, unemployment and wage reports were certainly a breath of fresh air for the U.S. economy, it brings to light two concerns hanging over the investment markets.  First, although the unemployment rate dropping to 5.4% is a great step, it still remains 1.9% above the pre-COVID unemployment rate indicating that the economy has a very long way to go before it is fully recovered.  Second, although wages increasing by 4% is welcomed by the labor market, with 5.4% inflation the American worker is losing 1.4% in real terms.  When inflation exceeds wage growth, it is referred to as the “silent tax” on workers and makes combating inflation all the more important.

Where the U.S. equity markets go from here is anyone’s guess.  Conventional wisdom would suggest that if the economy continues to grow and inflation stays in check, then stock prices have room to continue to grow.  The question, “is there going to be a market correction,” is inevitably asked.  The answer is a resounding “yes,” but when a correction will occur is completely unknown.  So, we will remain fully invested because trying to time the ups and downs of the stock market is futile at best.  Should the economy and employment numbers continue to grow, we should expect a renewed shift in investor focus to those industries that benefit most during the growth phase of the economic cycle – financials and industrials – referred to as “recovery stocks.”  Going forward, however, the uncertainty about future economic growth keeps our portfolios balanced between “recovery stocks” and technology and other growth industries.