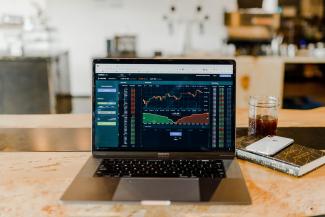 Is the Bear Market Here to Stay?

With the Dow dropping 20 percent from its highs and the S&P 500 following suit, we have finally seen the end of the bull market. And so we find ourselves officially in a bear market, with all that implies. Stock markets around the world dropped again on the news.

There are a few reasons for this new decline. The U.S. cut off travel to Europe for the next 30 days, as announced by President Trump. New COVID-19 cases have popped up to daily levels we have not yet seen in this crisis. The World Health Organization officially classed the coronavirus as a pandemic. The NBA suspended its season. Plus, on the celebrity front, Tom Hanks and his wife announced they now have the coronavirus.

So, where do we go from here? Are things going to keep getting worse? If so, how much worse? And is there any reason to believe we may be close to a bottom?

Fear and the Markets

From a public knowledge perspective, it is hard to see how much worse the viral crisis could get. At this point, almost everyone in the country who is paying attention knows about the problem, knows about the risks, and knows in some detail about what to do to mitigate those risks. We are at maximum public awareness—and probably at least close to maximum public fear. Between Mr. Hanks and the NBA, I think the CDC has effectively educated the public. Here in the U.S., at least, we are probably close to a bottom.

Given this maximum awareness, I would suggest we may also be close to maximum economic and market impact. The actual number of infections and deaths remains relatively small in the U.S.—the impact has been more around what might happen in the future. In other words, it’s about fear. With fear at a maximum, there simply may not be much more room for short-term declines. If the public fear stabilizes, so too could markets.

There are other reasons to believe stabilization might be likely. First, from a valuation perspective, the stock market is getting close to its cheapest level since about 2016. Second, looking at the data, we appear to be approaching some major resistance levels. Third, with many stocks now having dividend yields above the 10-year U.S. Treasury, the financial rationale for owning stocks keeps getting stronger. If fear stabilizes, or even recedes, stocks will once again become a rational buy.

Another reason for cautious optimism is that, so far, the fear we see in the markets has not translated to the economy itself. As of last month, hiring was still strong and confidence high. More recently, reported layoffs are still low, and weekly confidence reports continue to be strong. The fundamentals remain solid, despite the headlines and the stock market declines. Again, if the fear recedes, solid fundamentals should act as a cushion against any further damage.

There are no guarantees here, and things could get worse. If the number of cases continues to increase, the economic damage will go from hitting confidence to something worse. If the economy deteriorates, markets will reflect that shift. Over time, markets do follow the fundamentals. As such, if the pandemic gets worse, so will they. Indeed, there is a real prospect that things will get worse until the pandemic is contained.

Is the Bear Here to Stay?

When the pandemic is contained, however, the fact that markets follow fundamentals is also a reason to be cheerful. Bear markets are typically quite short when the economic fundamentals remain solid. If the pandemic is quickly brought under control, a solid economy could drive a quick recovery. We have had only two bear markets in the absence of a recession, in 1962 and 1987. In both cases, while the downturn was sharp (as we have just experienced), the recovery was relatively quick. So far, the economic news says that we are not headed for a recession—and if that is the case, the bear may not be here to stay.

Of course, we must keep an eye on the situation. If the spread of the virus can be contained reasonably quickly, then based on what we know so far, the bear may just be passing through.