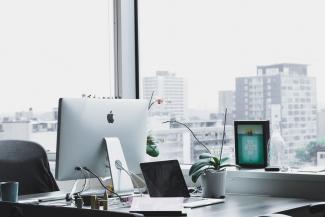 Investors saw November post the best month for the Dow Jones Industrial Average since last June, which was the best June for the Dow since 1938. And by the end of November, all three major domestic stock indices had gains of 20% of more for 2019. For the month, the Dow, Standard & Poors 500 and NASDAQ posted gains of 3.63%, 4.11% and 4.64%, respectively.

The backdrop for the market’s performance was centered on optimism over the potential for a trade deal with China and solid economic reports. The Trump administration continues to move toward a trade accord with China, but with no final deal looking to be signed well into 2020. As for economic growth, the second estimate of third quarter gross domestic product (GDP) was released in November, showing that the U.S. economy grew at an annualized rate of 2.1%, topping the initial estimate of 1.9%. This GDP estimate beat the 2% rate of the second quarter, and personal consumption remains a component of that growth.

Third quarter corporate earnings, with 95% of companies reporting, posted a decline of 1.3% year-over-year – solidly ahead on of expected decline of 3.6% - with 9 of the 11 S&P 500 sectors beating their earnings estimates.

The monthly jobs report, while solidly exceeding expectations (128,000 new jobs created with 85,000 expected), indicated a slowing growth rate compared to that of 2018. Some market watchers, however, saw this jobs report as positive given the negative impact of the General Motors strike. This slowdown in job growth, however, was one of the primary factors cited for the Federal Open Market Committee (FOMC) to cut interest rates by 0.25% (25 basis points). This was the third consecutive FOMC meeting that the Fed acted to cut interested rates to help in an effort to sustain growth in the U.S. economy.

Developed foreign stocks, although gaining 1.13% for November measured by the MSCI EAFE Index, remain well behind the pace of (most) U.S. stocks for 2019. Some market analysts, however, have made a case for improved performance of the developed foreign markets in 2020. We will see. The foreign emerging markets, measured by the MSCI Emerging Markets Index, were roughly flat last month, declining 0.13%. Fluctuations in the value of the U.S. have impacted, and continue to impact, the performance of the foreign emerging markets.

Although the Fed cut interest rates in November, market interest rates rose during the month making for a challenging environment for bonds. The yield on the 10-year Treasury, which ended October at 1.69%, finished November at 1.78% after hitting 1.94% during the month. This rise in interest rates caused the Bloomberg Barclays U.S. Aggregate Bond Index to decline by 0.05%. High yield bonds, which tend to be more highly correlated to U.S. stocks, gained 0.33% for the month.