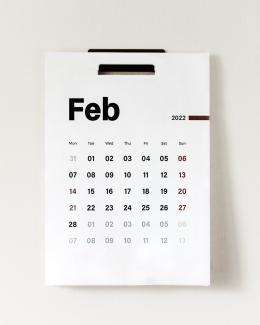 Equity markets had a rough start to the year, with concerns about inflation and rising case growth in the first half of the month leading to sell-offs for all three major U.S. indices. The S&P 500 lost 5.17 percent in January despite a late-month rally, the Dow Jones Industrial Average (DJIA) lost 3.24 percent, and the technology-heavy Nasdaq Composite Index experienced an 8.96 percent decline.

Despite the negative returns, fundamentals showed signs of improvement during the month. According to Bloomberg Intelligence, as of January 28, with 27 percent of companies having reported earnings, the average earnings growth rate for the S&P 500 was 23.7 percent in the fourth quarter. This beat analyst estimates at the start of earnings season for a more moderate 19.8 percent increase.

Technical factors were mixed for major U.S. markets. Despite a late-month rally, the Nasdaq ended the month below its 200-day moving average, while the S&P 500 and DJIA barely finished above trend after falling below this important technical signal earlier in the month.

Despite market turbulence, the public health situation improved. The average number of daily new Covid-19 cases peaked mid-month and swiftly declined toward month-end. We ended January with average daily new cases down by more than 40 percent compared with the peak of the Omicron wave. Roughly 64 percent of Americans are fully vaccinated, and an additional 12 percent have received at least one shot.

One sector that saw notable growth to finish the year was housing. Home buyer demand remained strong at year-end, which was impressive given low inventory, rising prices, and modestly higher mortgage rates during the month. Home builder confidence also remained elevated, which supported a surge in new home construction. Housing starts finished the year at their second-highest level since the pandemic began, and building activity remains well above pre-pandemic levels.

As January revealed, several risks exist for markets and the economy. One of the major drivers of uncertainty and market turbulence was the Federal Reserve’s indication that interest rate hikes would likely come sooner rather than later. The central bank is widely expected to hike the federal funds rate, which has been virtually zero since the start of the pandemic, at its March meeting.

We also saw rising international risks. Headline gross domestic product growth in China missed expectations, leading to fears of a slowdown for global economic growth. Concerns over the country’s property development sector and possible conflict between Russia and Ukraine added to the uncertainty. Domestic political uncertainty remains as well. Washington continues to debate the Build Back Better Act, which could lead to a surge in fiscal stimulus and increased tax rates if passed.

Overall, while January was rough for markets, the economy remains in relatively good shape to start the year. Although risks have shifted from mainly medical to economic and political over the past month, the economy showed continued growth and market fundamentals remain healthy. Given that, a well-diversified portfolio that aligns investor goals and timelines remains the best path forward for most. As always, if you have concerns, please reach out to Bill Hastie or Haley Hitchman at (831) 422-4910.

Disclosure: Certain sections of this commentary contain forward-looking statements based on our reasonable expectations, estimates, projections, and assumptions. Forward-looking statements are not guarantees of future performance and involve certain risks and uncertainties, which are difficult to predict. Past performance is not indicative of future results. Diversification does not assure a profit or protect against loss in declining markets. All indices are unmanaged, and investors cannot invest directly into an index. The Dow Jones Industrial Average is a price-weighted average of 30 actively traded blue-chip stocks. The S&P 500 Index is a broad-based measurement of changes in stock market conditions based on the average performance of 500 widely held common stocks. The Nasdaq Composite Index measures the performance of all issues listed in the Nasdaq Stock Market, except for rights, warrants, units, and convertible debentures. The MSCI EAFE Index is a float-adjusted market capitalization index designed to measure developed market equity performance, excluding the U.S. and Canada. The MSCI Emerging Markets Index is a market capitalization-weighted index composed of companies representative of the market structure of 26 emerging market countries in Europe, Latin America, and the Pacific Basin. It excludes closed markets and those shares in otherwise free markets that are not purchasable by foreigners. The Bloomberg Aggregate Bond Index is an unmanaged market value-weighted index representing securities that are SEC-registered, taxable, and dollar-denominated. It covers the U.S. investment-grade fixed-rate bond market, with index components for a combination of the Bloomberg government and corporate securities, mortgage-backed pass-through securities, and asset-backed securities. The Bloomberg U.S. Corporate High Yield Index covers the USD-denominated, non-investment-grade, fixed-rate, taxable corporate bond market. Securities are classified as high-yield if the middle rating of Moody’s, Fitch, and S&P is Ba1/BB+/BB+ or below.