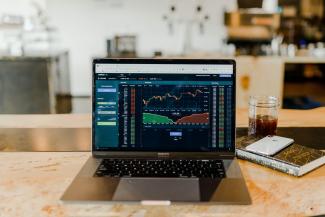 Increasing tensions between the U.S. and China weighed heavily on domestic stock markets yesterday, with all three seeing significant declines.  The S&P 500 closed down 1.23% for its first negative day in the last five and its worst day since June 26.  The Dow finished down 1.31% for its worst day since July 9.  Although still up 16.50% for the year, technology stocks fell sharply yesterday, declining 2.29%

China ordered the closure of the U.S. consulate in Chengdu in retaliation for Washington closing the Chinese consulate in Houston earlier this week.  Chinese markets declined as a result, with the Shanghi Composite dropping 3.9% last night.

This week’s muted performance comes as investors wrestle with worries about the health of the U.S. economy.  The Labor Department announced yesterday that 1.4 million Americans filed for unemployment benefits, slightly higher that the 1.3 million reported for the week ended July 18.  European stocks also fell in response to the tensions, even though PMI data for July showed a robust recovery for the world’s biggest economic block at the start of the third quarter.