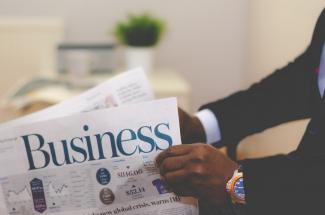 June was another positive month for the U.S. equity markets, capping off a strong quarter of recovery for both the economy and the markets from the downturn due to the coronavirus.  For the month of June, the Dow Jones Industrial Average gained 1.82%, while the S&P 500 and the NASDAQ were up 1.99% and 6.07%, respectively.  For the 2nd quarter of 2020, the U.S. equity markets all showed a strong rebound off the March lows with the Dow and S&P 500 gaining 18.51% and 20.54%, respectively.  The NASDAQ continues to set the pace by gaining 30.95% for the quarter.

The international equity markets followed suit with solid gains of their own.  The MSCI EAFE Index, measuring large capitalization stocks from developed countries, gained 3.41% for the month of June, and added 14.88% for the 2nd quarter.  The emerging foreign markets, which have been extremely volatile over the last couple of years, gained 7.4% for June and 18.18% for the 2nd quarter.

So why the strong 2Q2020 performance?  In a nutshell, the Federal Reserve, the economy and the consumer.  The Federal Reserve provided massive monetary policy stimulus by injecting trillions of dollars into the U.S. economy, primarily in two ways.  First, the Fed kept interest rates at or near zero, providing for consumer and business borrowing at a very low cost.  Second, by purchasing nearly $3 trillion of investment securities in the open market, the sales proceeds injected those funds directly into the economy.  Known as “balance sheet activities,” the Fed continues to purchase various types of fixed income instruments not normally part of the Fed’s purchasing pattern.

Economic reports released over the last few months have indicated a strong rebound in the U.S. economy, especially in May.  May’s retail sales report was the highlight showing an increase in sales of 17.7% compared to an expected rise of only 8.4%.  Durable goods orders for May showed an increase of 15.8%, offsetting a decline of 18.1% in April.  Unemployment report from May and June also made the case for a recovering economy.  Economists estimates for June were a loss of almost 8 million jobs, while the actual report showed a gain of 2.5 million jobs – a difference of 10.5 million jobs from the estimates.

Consumer confidence and spending also played a major role in the strong 2nd quarter performance.  Both measured of consumer sentiment rebounded in May and June after hitting multiyear lows in April.  Consumer confidence improved from 85.9 in May to 98.1 in June, the largest single-month increase since 2011.

Risks remain, however, given the recent uptick in the number of coronavirus cases being reported and the negative affect it may have on the economic recovery.  Many states are ordering re-closure restrictions, while others battle with whether to open schools for the fall.

Our perspective going forward is that market volatility may increase, at least in the short term.  2nd quarter GDP reports are most likely to impact the markets, with some estimates showing a decline of more than 30% during that time period.  We expect that the U.S. economy will continue to expand, only slowed by the weight of a contracting economy due to the resurgence of the coronavirus.