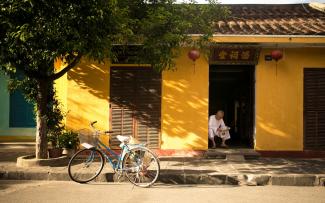 A gloomy report from Jerome Powell, chair of the Federal Reserve, along with renewed concerns about a second wave of the coronavirus, has derailed an almost 2½ month rally in global equities.  With last week’s solid manufacturing report and last Friday’s surprising unemployment numbers, the markets saw evidence of a recovering economy.

In Powell’s speech yesterday, he stated that the Fed’s outlook for second quarter 2020 GDP was as much as -30%, and that GDP for all of 2020 would be about -6.5%.  This gave the markets a quite different view of the economy, prompting a reversal in the Dow and S&P 500 yesterday leaving both indices negative for the day.  The NASDAQ, powered by the big tech names, eked out a small gain for the day.

Coupled with renewed concerns over a second wave of the coronavirus this fall, stocks are selling off across the globe this morning, with Dow futures are gaining downward momentum past 900 points in the 30 minutes before the opening bell.  Stocks in most of Europe fell as well, most in the range of 2%.

Moderna began its phase 3 human trials toward the development of a vaccine for the virus, and Johnson & Johnson has moved up its phase 1 human trials from the end of July to this week.

The Federal Reserve is currently weighing its options for implementing additional monetary policy in an effort to curb further economic decline.  A payroll tax holiday seems highly likely, as well as additional stimulus for small businesses.  Powell went on to say yesterday, “We’ll get back to the place we were in February; we’ll get to an even better place than that. I’m highly confident of that. And it won’t take that long to get there.”