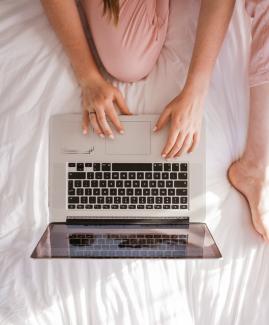 Yesterday’s plunge in the U.S. equity markets sent shock waves through the financial markets, and the reason can be quickly summed up as “fear.”  Jerome Powell’s report on the state of the economy did not reveal anything particularly new as the markets expect Q2 GDP to be awful – Mr. Powell suggested Q2 GDP could be as low as -30%.  At the end of the trading day, the Dow had plunged 1,862 points, or 6.9%.  The S&P 500 and NASDAQ did not fare well either, dropping 188 and 527 points, respectively, or 5.89% and 5.27%, respectively.  This was the single worst day for the Dow since March 16.

Gripping the markets was also the fear of a second wave of the coronavirus, although there is still no sign at this point of a national second wave of infections.  The spread rate remains below 1% and case growth has maintained at about 20,000 cases per day.  That said, there are certainly local outbreaks that have affected some major metropolitan cities.  It was reported yesterday that drug manufacturer, Moderna, continues in phase 3 of human trials toward the development of an effective vaccine.

What a difference a day makes.  History is repeating itself this morning by rebounding the day after an emotion driven market sell-off, opening the trading day by gaining more than 600 points.  Two news reports are supporting the rally.  First, China has made new promises to honor the terms of the phase one trade deal and wants to improve relations with Washington.  Second, the University of Michigan consumer sentiment report, expected to be 75, was announced to be 78.9.  It is the consumer that will drive the recovery of the U.S. economy, beginning with consumer sentiment and leading to increased consumer spending – a major component to GDP.

Have a great weekend.