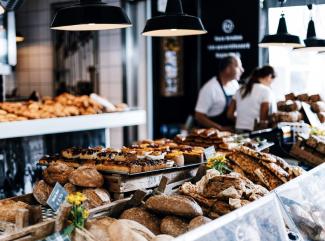 The market has a lot to wrestle with – the reopening of the U.S. economy, continued tensions between the U.S. and China, outbreaks of riots across the nation and extent of the economic and financial damage caused by the coronavirus.  Yesterday, the markets clearly focused on the reopening of the economy – state by state – and even the beginning of some positive economic news.

Yesterday’s report of the U.S. manufacturing industry, measured by the ISM (Institute of Supply Management) showed the end of a four-month decline and began to stabilize in May.  On the news, the Dow immediately turned positive and remained positive for the day.  Adding to the upbeat news was a welcomed rise in consumer confidence to 86.6, up from a revised 85.7 in April.  Although analysts had expected an increase to 87, it is a step in the right direction.

The investment landscape is changing and for the better.  But as we noted yesterday, the potential for a short-term decline in the markets remains real.  Some analysts even believe the markets may retest the March low (March 23) before a solid recovery in the second half of 2020.  We don’t necessarily subscribe to that theory but do believe we may see additional volatility as the economic and financial impact of the coronavirus becomes known.  The only thing most analysts do agree on is the likelihood of a strong recovery in the 3rd and 4th quarters of 2020.