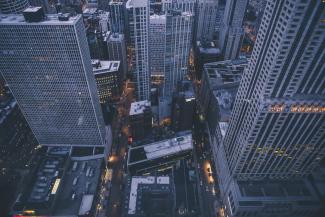 The U.S. equity markets continued their quarter-long rally yesterday with another solid performance.  The Dow, S&P 500 and NASDAQ gaining 131, 13 and 75 points, respectively, which was another all-time high for tech-heavy NASDAQ.  The S&P 500 is up 21.2% quarter-to-date, which puts the second quarter of 2020 on pace for the biggest gain since the first quarter of 1975.  Similarly, the NASDAQ has gained 31.6% since the end of March, on pace for the second-best quarter for the NASDAQ since 1999.

Dow futures are down more than 200 points in the pre-market as focus once again turns to the recent surge in coronavirus cases in several states.  Arizona, Texas and California are reporting daily records of infections.  Texas Gov. Abbott is said to be increasing enforcement of social-distancing guidelines, and Californian Gov. Newsome said earlier this week that the surge in cases may force stricter guidelines on businesses and social gatherings.

One school of thought is that although cases of coronavirus are on the rise, it does not (yet) indicate a second wave of infections as most of the new cases are coming from state that were less significantly exposed.  When the daily new case count was last above 30,000, the spread rate was 3% - 4% per day.  Currently, the daily new case count is between 1.3% - 1.5%.  Others have indicated that even if a “second wave” does happen, it will not be nearly as severe as the original wave of infections.  The development of an effective treatment and vaccine cannot come fast enough!

Also dragging on the market today is the report that the U.S. is considering imposing tariffs on $3.1 billion worth of products from the U.K., France, Germany and Spain.  “The tensions between Europe and the U.S. have been bubbling under the surface for quite some time,” said Jane Foley, head of foreign-exchange strategy at Rabobank.  “Anything that suggests there is going to be tension on trade is bad for the global economy.”