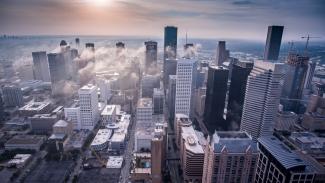 In a day with rather lackluster trading, the U.S. equity markets paused in anticipation of the May jobs report being released this morning.

Economists interviewed by Dow Jones collectively estimated that more than 8 million jobs were lost in May and that the unemployment rate would near 20% - which would have been the highest unemployment rate since the 1930s.  Now you have heard the old saying that if you ask ten economists a question, you get eleven different answers.  In the case of the jobs report released this morning, all eleven answers (estimates) were not only wrong, they were incredibly wrong.

The coronavirus created a crisis of demand in the economy.  People could not spend money even if they wanted to – they could not leave the house and the stores were largely closed anyway.  That is beginning to change.  CNBC’s Jim Cramer said on his show Squawk Box, “We’re back.  I think there were a lot of people who felt that the payoffs would be permanent and it’s obvious that there’s so much demand that people have to bring people back.”

Perhaps the greatest surprise coming out of this morning’s jobs report was in leisure and hospitality industry, gaining 1.29 million jobs alone.  The other surprises were manufacturing and construction, gaining 225,000 and 464,000 jobs, respectively.  And both being leading economic indicators, the news just gets better.

Work continues toward the development of a vaccine for the coronavirus, and more than 1,000 drugs are being tested as a treatment.  While the “curve” may have been flattened, people are still getting sick.  But progress is being made.

Have a great and healthy weekend.