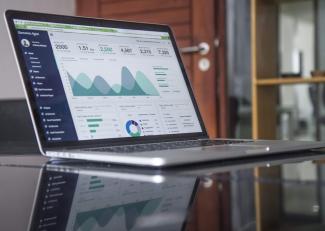 Markets hit turbulence in May

After four months of rising stock markets, we finally saw a decline in May. All three major U.S. markets ended the month down, driven by rising worries about a trade war, first with China and most recently with Mexico. The S&P 500 declined by 6.35% during the month, the Nasdaq Composite lost 7.79% and the Dow Jones Industrial Average fell by 6.32%. Of course, this pullback was somewhat of a concern, at least in the short run. But in the bigger picture, it has taken markets back only to mid-March levels and they are still well above where we started the year.

The first week of June saw a significant reversal from May’s declines, with the S&P 500 posting its best week since last November, gaining 4.4%. At this point we attribute the week’s gains to the prospect of avoiding imposing tariffs on goods coming from Mexico which ultimately came by week’s end, and the weak jobs report which came June 7. The Bureau of Labor Statistics announced that the U.S. economy added only 85,000 jobs in May, well below the forecasts of 182,500 new jobs. The weak jobs report gave the markets optimism that the Federal Reserve may cut interest rates. According the CME Group, federal funds futures are pricing in a 98.7% chance that the Fed will cut interest rates by December, and an 80% chance that the cut will happen before the end of July.

International fared much the same as in the U.S, as global trade concerns affected markets across the world. The MSCI EAFE Index fell by 4.80% during the month, and the MSCI Emerging Markets Index declined by 7.22%. Here, technical factors were not supportive. Both indices spent most of May below their respective trend lines. This was an especially disappointing month for developed international markets. The MSCI EAFE Index spent April above its 200-day moving average. This marked the first full month above the trend line for the index in more than a year. But the move below the trend line in May indicates that investors are still cautious about international investing.

As would be expected, the fixed income (bond) markets had a better month than equities in May. Here, the market rotated away from riskier assets (stocks) and into investment-grade bonds. Yields fell during the month, with the yield on the 10-year Treasury falling from 2.52% to 2.22%. This drop led the Bloomberg Barclays U.S. Aggregate Bond Index to a gain of 1.78% in May, as bond values typically increase when yields/rates drop.

Given their relatively high correlation to stocks, high-yield bonds had a challenging month. In May, the environment favored higher-quality sectors of the fixed income market. The Bloomberg Barclays U.S. Corporate High-Yield Index declined by 1.19% during the month.

Overall, we remain cautiously optimistic for the investment markets for the foreseeable future. That’s not to say the markets are free of risks – business spending has slowed and fears of an economic recession still exist.  But the consumer and consumer spending make up a large part of GDP (gross domestic product), and May saw consumer sentiment rise to its highest level in nearly 15 years. There have also been recent improvements in the housing market which may also be a positive sign for the consumer.

Following four solid months of stock market gains, we at this point are not overly concerned about the declines in May. This serves, however, as another example of why we maintain a high degree of diversification in our managed portfolios. Bonds, especially high-quality bonds, helped pare stock market losses in May. With June off to a great start, with an immigration accord reached with Mexico and the prospect of lower interest rates, we hope to close the second quarter of 2019 with solid investment market performance. Now what we really need is a trade deal with China.﻿