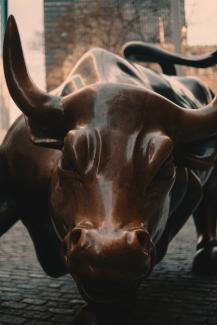 For the second consecutive month, the global investment markets posted solid gains and look to be forming an unexpected “V” shaped recovery.  The unknown has been a thorn in the side of the market since the low reached on March 23 – would the market decline to retest the March low, would the economy regain strength once reopened, would employment come back?  May suggested some answers to these questions, June so far seems to be making a firm statement.

The domestic equity markets saw their April gains extend into May, with the Dow Jones Industrial Average gaining 4.66% and the S&P 500 adding 4.76%.  The NASDAQ was the big winner being up an impressive 6.89%.  Large cap technology stocks seemed to get the most attention from investors as has been the case for most of 2020.

The bond market, measured by the Bloomberg Barclays U.S. Aggregate Bond Index, posted a modest gain of .047%, which was a welcomed sight given the continued improvement in the stock market.  High yield bonds, which are generally positively correlated with the stock market, gained an impressing 4.41% for the month.

Foreign stocks also fared well, with the MSCI EAFE Index - an index primarily made up of large capitalization stocks from developed countries - gaining 4.35%.  The emerging markets, which are typically more sensitive to currency valuation, gained a meager .79%.

The economic and financial impact of the coronavirus is yet to be fully known, reports in early June – including manufacturing (ISM report), consumer sentiment and unemployment – have given a very positive indication that the most powerful economy is on its way back.  While the world’s equity markets rallied in the ISM and consumer sentiment numbers, the June 5 release of May unemployment report may have changed the conversation.

Does this report show we are out of the woods, at least the economy? Not necessarily, but it does reflect the rapid return of demand that had been all but lost for the last few months.  Demand for goods and services will, and did in May, drive employees back to work and eventually the economy back into gear.