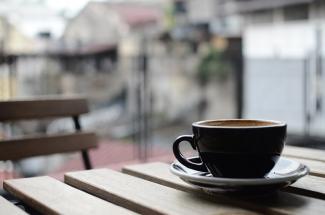 Renewed worries about the economy sparked a sharp sell-off on Wall Street yesterday, sending the Dow down 516.81 points, or 2.17%.  The S&P 500 and NASDAQ followed suit, dropping 50.12 and 139.38 points, respectively.  Comments by Federal Reserve Chairman, Jerome Powell, to the effect economic recovery will take longer than previously expected and that the recession may be deeper than anticipated sent investors running for the door.  Comments from Dr. Anthony Fauci regarding the progress of fighting the coronavirus added to investors’ worries that the pandemic may not subside as quickly as previously thought.

Released this morning were the first-time jobless claims for the week ended May 9, 2020.  Expected to be 2.5 million, the figure came in at 2.98 million – also sending Dow futures down more than 200 points in the pre-market.  The only “good news” released this morning was that continued jobless claims, expected to be in the range of 25 million, came in at just over 22 million.

How and when to reopen the U.S. economy as a whole will have everything to do with how quickly we can move out of the current recession.  Different states are handling the issue of reopening their economy very differently, presumably based on how badly the virus has affected each state.  The Governor of Wisconsin had issued a stay-at-home order which was challenged in court all the way to the state’s Supreme Court and was ultimately overturned.  We anxiously await Gov. Newsome’s revised shelter-in-place order for California.