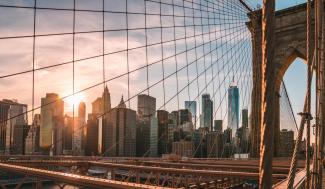 Following another grim unemployment report from the Labor Department, U.S. stocks sank to almost 450 points down before staging a dramatic recovery in a day of wild volatility.  At the close, the Dow Jones Industrial Average gained 377 points, or 1.62%.  The S&P 500 and the tech-heavy NASDAQ gained 32 (1.15%) and 80 (0.91%) points, respectively.  The financial sector that has been beaten up pretty badly in recent weeks, led the almost 800-point recovery in stock prices.

Trade tensions resume between the U.S. and China, with the Chinese tech company, Huawei, back in the crosshairs.  Amidst the battle, U.S. chip manufacturers took a hit to their stock price in anticipation of retaliation from China.  As of 6am PDT today, Dow futures were down more than 200 points.

The April Retail Sales report is also weighting on the markets this morning.  With the expectation of a decline of 12.3%, the report reflected an actual decline of 16.4%, the largest decline since such data began to be tracked in 1992.

The battle rages between states that are reopening their economy and those that remain closed.  Florida is a great example of a state with a major population, and a high percentage of elderly, that both remained largely open and has one of the lowest deaths/100,000 from COVID-19 nationally.  According to the U.S. Census Bureau, Florida has a larger population than New York (by roughly 2 million), but experienced deaths from COVID-19 per 100,000 of 8, compared to 140 in New York.  One could cite population density as a contributing factor, but the stark contrast certainly sparks the debate.

Have a great weekend, stay safe.