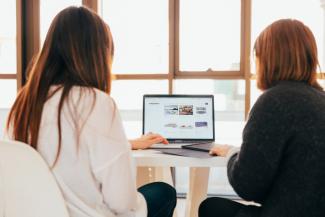 Optimism for the economy reopening sooner than later sparked a powerful rally yesterday, driving the Dow up 529.95 points.  Although the market closed off its high for the day (well over 600 points), it put the Dow within a stone’s throw of the 25,000 mark.  The S&P 500 and NASDAQ also gained for the day, up 36.32 and 15.63 points, respectively.

Yesterday’s optimism carried over to this morning with the Dow posting a small rally at the open.  Technology stocks are not following the Dow and is off more than 1.5% in early trading.

It has been interesting to watch the price of gold over the last few weeks.  Gold is considered a “fear asset,” and seen as a safe haven in times of economic or financial unrest.  Its price had continued to rise out of the $1,600s/oz high into the $1,700s/oz as concerns about both the coronavirus and the economy began to mount.  It feels a little different now, perhaps with several states beginning to loosen their restrictions and certain businesses beginning to open the “fear factor” is easing.

As noted yesterday, several companies are in trials in an effort to develop an effective vaccine that can be mass produced quickly.  No real news today on that front, but we will certainly be watching and will pass on any news of significant advancements.