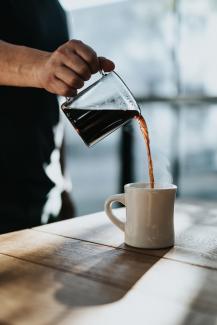 Coming off a stellar performance in April, the markets received rather dismal news on earnings from some of the mega-cap tech giants.  This brings into focus the upcoming economic data will be weak, just how weak is both the question and the concern.  The unemployment figure coming out later this week will be a continuation of the bleak reports for the last six weeks.  We believe that while millions more Americans will have filed for first-time unemployment benefits, the rate of growth will continue to decline.

As several states have begun to open their economies in varying fashions, others – like California – remain under shelter in place order until May 31.  The concern of some Governors seems to be the impact of reopening too soon and seeing a resurgence of coronavirus cases.  But medical centers across the nation are reporting underutilization of facilities being held for COVID-19 patients, who, in many cases, never come.

Gilead Sciences’s drug, Remdesivir, was cleared last week by the Food and Drug Administration as a front-line treatment against the coronavirus, while others such as hydroxychloroquine remain in use in some areas.  Oxford and the University of Pennsylvania report to have made progress toward the development of a vaccine.

The U.S. equity markets are opening under pressure this morning, with market futures down as much as 250 points in the final minutes of pre-market trading.  Weakness in airlines after Warren Buffett cashed out the positions he held in four of the largest U.S. airlines, and pressure on China from the Trump administration are cited as leading the markets lower.

We expect the U.S. stock markets to remain volatile through the end of the summer.  By then, we see that most of the economic damage of the coronavirus will be known as well as the impact of the monetary and fiscal stimulus provided by the federal government.