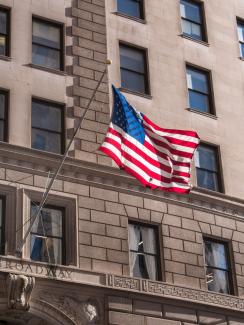 Another strong rally yesterday as the markets are optimistic about the split House and Senate, primarily on the outlook that going forward, neither tax nor regulatory policies are likely to swing too far to the left or to the right.  The Dow and S&P 500 jumped 542.52 and 67.01 points, or +1.95% each.  The big cap names of the NASDAQ staged another major rally by gaining 300.15 points, or 2.59%.  Stocks in Europe and Japan also surged on the day.

A much-anticipated unemployment report was announced by the Department of Labor this morning showing the U.S. economy added 638,000 Jobs in October, dropping the national unemployment rate to 6.9%.  On the release of the labor data, Dow and S&P 500 market futures turned positive showing a slightly stronger opening.  The NASDAQ futures remain less than -0.2%.

The markets are focused on two things this morning.  First, the vote counting continues in the Presidential and Senate races.  With claims of voter irregularities in many states, there is a high likelihood that the Presidential race will end up in the hands of the Supreme Court.  Second, new single-day COVID cases have topped 120,000 in the U.S. following total shut-downs in France, Germany and other Places in Europe.