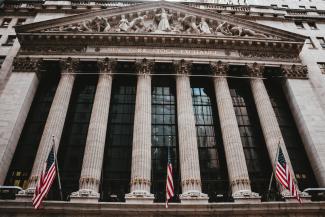 Despite the headwinds of a continued trade war with China, a Brexit deal not yet finalized and an impeachment inquiry in the House, October posted solid gains in the investment markets. The S&P 500 gained 2.17% for the month and ended October at an all-time high. The Dow (Jones Industrial Average) gained 0.59%, and the tech-heavy NASDAQ was the clear winner for October gaining 3.71%.

Strong equity performance continued overseas as well. The EAFE (Europe, Australasia and the Far East) gained 3.59% for October, and the U.K. elections were pushed off until mid-December and the declining risk of Brexit not happening propped up the markets. The foreign emerging markets, measured by the MSCI Emerging Markets index, gained 4.23% for the month. Technical factors have been favoring the emerging markets (EM) for some time, but this is the first time since last July that EM has broken through its 200-day moving average.

The Federal Open Market Committee (FOMC) voted again in its October meeting to cut the federal rate by ¼% (25 basis points). This is the third straight time the FOMC has voted to cut interest rates, largely reversing the four rate increases made in 2018 as keeping the U.S. economy running strong seems to be the focus of the Committee. The bond market benefited from the rate cut in October, with the Bloomberg Barclays U.S. Aggregate Bond Index gaining 0.3%, and the Bloomberg Barclays U.S. Corporate High Yield Index increasing 0.28%.

Although October posted strong gains in both the equity and bond markets, the signs of a slowing U. S. economy persists. The 3Q2019 GDP report was both good and not-so-good news: 1.6% GDP was expected, but came in at 1.9% (the good news). The not-so-good news is that the 3Q GDP is down from 2% in 2Q and down substantially from 1Q’s GDP of 3.1%. 3Q’s GDP performance was largely driven by better-than-expected consumer spending, which offset a slowdown in government spending and business investment (capital expenditure).

At the beginning of 4Q2019, we see all three major U.S. stock indices reaching all-time highs. Consumer spending remains strong, inflation at about 1.8%, corporate earnings are good (not great), but the sources of market risk remains in place – namely the China trade impasse and the impeachment inquiry. The inquiry goes public in the second week of November