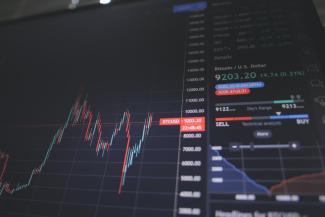 “Markets last week appeared to price perceived election clarity, and with it, a growing likelihood of additional fiscal stimulus – at least in the pipeline.  This was reflected from small cap outperformance and rising treasury yields,” Julian Emanuel, BTIG’s chief equity strategist said to clients in a note.

In focus this week are several corporate earnings reports as well as the ongoing stimulus negotiations in Washington.  Traders are holding out hope for some sort of stimulus even as chances of another round before the election seemed to dim over the weekend.  House Speaker Nancy Pelosi pushed back on the $1.8 trillion offer from the White House.  The $1.8 trillion offer represents those aspects of the stimulus bill that each side seems to agree with and is what the White House seeks to pass.  Ms. Pelosi has stated she is holding out for $400 billion as financial aid for cities damaged by the rioting earlier in the summer.