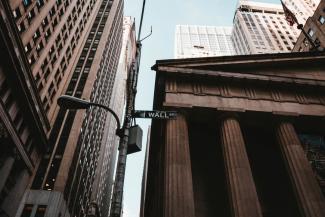 Apple’s long-awaited iPhone launch – which was delayed until October due to the coronavirus – happens today and Wall Street expects the event to be “the most significant iPhone event in years,” said Katy Huberty of Morgan Stanley.  Apple is expected to release new iPhones with 5G cellular networks, which promises faster download times.

Some signs are now re-emerging in the stock market similar to what happened in late August and early September, when the S&P 500 peaked and then experienced a roughly 10% correction.  “U.S. equities are surging on light volume (again), and we are seeing some of the same “signs of froth” emerging that we saw in early August,” Chris Murphy, co-head of derivative strategies at Susquehanna Financial Group, wrote on Monday.  “This does not mean imminent downside, because as August showed the markets can remain frothy for a while, but this is something to watch.”