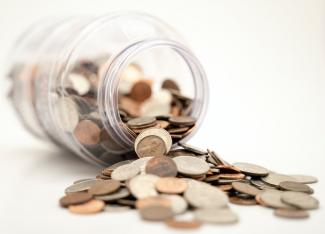 The U.S. equity markets reversed early morning gains as House Speaker Nancy Pelosi’s 48-hour deadline for fiscal stimulus talks with Treasury Secretary Steven Mnuchin approached.  The Dow dropped 408 points, or 1.44%, for its worst loss since September 23.  It was the Dow’s fourth negative day in the last five.  The S&P 500 lost 1.63%, and just as the Dow, was its fourth negative day in the last five.  All 11 sectors of the S&P 500 were negative, led down by the energy sector which lost 2.1%.  The tech-heavy NASDAQ closed 1.65% lower on the day.

Nancy Pelosi and Steven Mnuchin are scheduled to talk again today, as the two “continued to narrow their differences” about the coronavirus aid package, a Pelosi spokesperson said on Twitter.  “The stimulus package seems to be the major fixation for investors right now – the idea that Republicans and Democrats agreeing on the next payments going forward,” said Rick Meckler, a partner at Cherry Lane Investments in New Jersey.