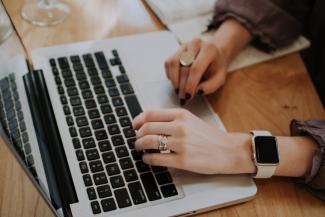 The U.S. stock markets fell last week with the S&P 500 down 0.51%, the Dow Jones Industrial Average and NASDAQ also down 0.90% and 1.06% respectively.  This is the first week of losses for the Dow and S&P 500 in the last four weeks.  The 10 Year Treasury reached a four-month high of 0.84% last week benefiting bank stocks.  Banks are having their best month in nearly four years.

The Dow futures were negative in pre trading after reports of a surge in new coronavirus cases in the U.S.  More than 83,000 new coronavirus cases were reported in two days in a row.  According to John Hopkins University, there were 83,757 cases reported on Friday and 83,718 cases on Saturday.  Health experts are warning the U.S. cases could continue to surge into a difficult winter.

The U.S. election is less than two weeks away and investors continue to focus on how the results may impact their portfolios.  Some analysts forecast a significant pull back in the stock market should Biden get elected, based on the possibility of higher corporate taxes.  If President Trump is re-elected there may be continued difficulty in getting stimulus passed if the Democrats retain the House.

We will continue to watch stimulus progress closely, however a deal is looking less likely before the November 3rd election.  The White House Chief of Staff Mark Meadows and House Speaker Nancy Pelosi both accused each other of “moving the goal posts.”