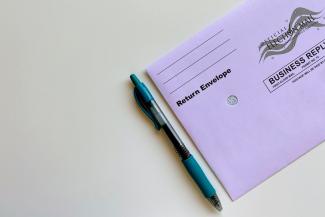 The U.S. equity markets plunged in their worst reading session since early September amid a surge in new COVID cases reported across the nation.  The Dow dropped 650.19 points, or -2.29%, for its worst day since September 3 and its first time closing below 28,000 since October 6.  The S&P 500 lost 64.42 points, or -1.86%, led by stocks that rely on the reopening of the economy, sectors that include airlines, cruise lines and retailers.  The tech-heavy NASDAQ dropped 189.34 points, or -1.64%.  Stocks did finish trading well off their lows of the day, with the Dow being down more than 950 points mid-day.

Wall Street has a close eye on the coronavirus package negotiations.  Through her spokesperson, House Speaker Nancy Pelosi said on Twitter that she is “optimistic” about a pre-election deal after her call Monday with Treasury Secretary Steven Mnuchin.

With less than a week of trading left in October, the Dow is down slightly for the month and the S&P 500 and NASDAQ are up 1.1% and 1.7%, respectively.