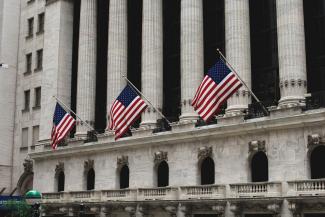 Worth noting that all 11 sectors of the S&P 500 finished higher yesterday, led by energy which gained 2.9%.  West Texas Intermediate crude, the U.S. oil benchmark, gained 5.86% for its best day since May 18.  In early trading this morning, crude oil is up more than 2.5%.

House Speaker Nancy Pelosi said on Sunday that lawmakers are “making progress” towards making a deal, but did not comment of the status of negotiations on a variety of issues that have created an impasse between the two sides for the last several weeks.  Top Democrats have been deadlocked with the White House since late summer over several aspects of a new stimulus package.

Just before market’s opening this morning, Dow and S&P 500 futures are tracking slightly to the upside, while the NASDAQ is indicating a small loss at the opening.