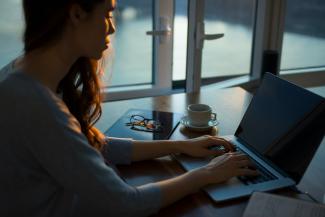 The U.S. stock market sold off late in the trading hours yesterday with the Dow Jones Industrial Average closing down 1.34%, the S&P 500 down 1.39% and the Nasdaq losing 1.57%.  The selloff occurred after President Trump called off coronavirus stimulus negotiations with Democrats until after the election.  Democrats were seeking a more aggressive spending package than the White House was willing to sign off on.  At today’s market open, the Dow rose more than 300 points after the President tweeted support for aid to the airlines.

Federal Reserve Chairman Jerome Powell spoke virtually at the National Association for Business Economics Annual Meeting yesterday, stating the need for continued aggressive fiscal and monetary policy for an economic recovery from the unprecedented Coronavirus.  Powell added, “Even if policy actions ultimately prove to be greater than needed, they will not go to waste. The recovery will be stronger and move faster if monetary policy and fiscal policy continue to work side by side to provide support to the economy until it is clearly out of the woods.”

The U.S. Census Bureau and the U.S. Bureau of Economic Analysis announced yesterday the goods and services deficit was $67.1 billion in August, above the $66.2 billion expected and up $3.7 billion from $63.4 billion in July.

The Federal Open Market Committee will publish its meeting minutes from September today.  These minutes will give us further information on the Fed’s change in the inflation target to above 2% and future asset purchases.