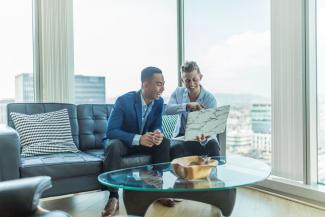 While the White House and the House has agreed to aspects of a new comprehensive stimulus package – totally nearly $1.6 trillion – the two sides are apart on aid to specific sectors such as airlines.  The White House has specifically identified the airlines as even needing their own stand-alone bill.  The major stumbling stone seems to be the $400 billion of aid that Speaker Pelosi wants for those cities/states so badly damaged by recently rioting and looting.

“A compromise on a big stimulus package n Washington could potentially deliver another October surprise, but the odds are against it as election day approaches, Jeffrey Buchbinder, LPL Financial Equity Strategist, said in a note.  “The optics of getting nothing done aren’t great on either side, and there are a lot of close Senate races right now, suggesting there still may be a glimmer of hope for a deal by November 3.”