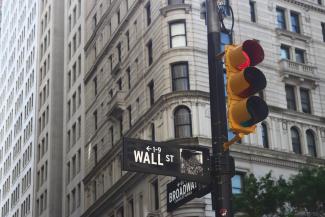 Another monster rally on Wall Street yesterday sent stocks soaring.  While September is historically the weakest month of the year, this September has certainly bucked that trend.  At the close yesterday, the Dow surged 454.80 points, or +1.59%, which pushed the index past the 29,000 level for the first time since the pandemic slowdown began last February.  The S&P 500 and the NASDAQ also powered ahead, gaining 54.19 and 116.74 points, or 1.54% and 0.98%, respectively.

First-time claims for unemployment benefits came in last week at 881,000 on a seasonally adjusted basis.  In “normal” times, that would not be anything to celebrate, but we are not in normal times.  The 1 million mark in new claims has become somewhat of a psychological level, with any report coming in less than 1 million is seen as positive.  And the same thing happened in August, which began with relatively high unemployment and improved as the month progressed.

The red-hot tech sector, which has set record after record this year in what has been described as a “melt-up,” is taking the day off today.  In early trading, the NASDAQ was off more than 200 points.  Market analysts jumped on this news, some saying the tech sector may experience a 5% pullback before returning to fresh, new highs.