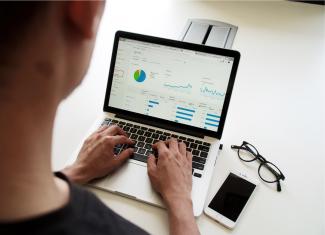 Historically, the stock market has not performed well following a presidential debate – as was the case last night.  Immediately following the debate, Dow futures dropped as much as 300 points.  By the market’s opening today, two significant economic reports were released showing unexpected strength in the U.S. economy.  First, ADP reported that 749,000 jobs were added to the economy in September – employment being one of the primary barometers of economic recovery and health.  Also, the PMI (Purchasing Managers’ Index) – a monthly survey sent to senior executives at more than 400 companies in 19 industries covering new orders, inventory levels, production, supplier deliveries and employment – surged to 62.4.  Note that any number over 50 indicates expansion.

The Dow, S&P 500 and NASDAQ reacted very positively to the better-then-expected economic news, sending the Dow up more than 300 points by 7am today.  But as we have seen, it’s that happens in the last hour of trading that makes the day.