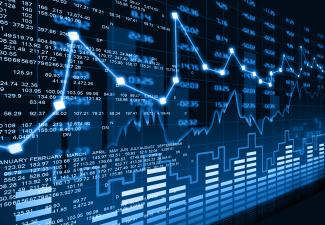 August was a rough month for stocks, with all three major U.S. indices suffering declines. The Dow Jones Industrial Average (DJIA) fell by 1.32%, while the S&P 500 lost 1.58%. The Nasdaq Composite suffered the heaviest losses, finishing the month down 2.46%. Yet, things could have been worse. With periods during the month where markets fell by as much as 4% to 6%, a bounce back at month-end helped avoid even larger declines.

Despite the volatility, fundamentals improved in August. According to Bloomberg Intelligence, S&P 500 earnings grew by 2.2% in the second quarter. This result was up from the 0.8% estimated growth rate on July 31 and was driven by strong earnings growth in the health care and communication sectors. As we know, fundamentals drive long-term market performance, so the growth in the second quarter is encouraging.

On a positive note, investment-grade fixed income (bonds) had a strong month. Investors sought the relative safety of high-quality bonds, driving prices up and yields down. The 10-year Treasury yield started the month at 1.90% and declined to 1.50% by month-end. This drop helped the Bloomberg Barclays U.S. Aggregate Bond Index gain 2.59% for the month. High-yield bonds also had a solid month. The Bloomberg Barclays U.S. Corporate High Yield Index returned 0.40% in August.

Although political headlines seemed to drag the markets down in August, the U.S. economic picture remained positive, driven primarily by continued strength in consumer spending. July’s retail sales figures came in much better than anticipated, gaining 0.7% against expectations for 0.3%. Core sales came in even better at 0.9%. After suffering a slowdown at the end of 2018, consumer spending was a major driver for second-quarter growth. As such, these strong results are encouraging for economic growth in the third quarter.

Looking forward, one of the primary areas of concern will be the unresolved nature of the U.S.-China trade war. The markets seem to track closely any positive (or negative) news regarding trade talks, potentially making for a volatile environment. The fact that the fundamentals of the economy remain solid should help serve as a cushion against any stumbles. As always, a well-diversified portfolio and a long-term view toward investing remain the best way forward in a volatile world.