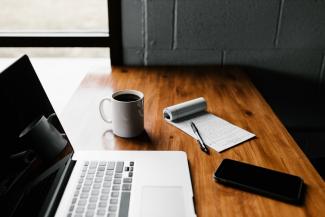 The tech heavy Nasdaq continues to be volatile, posting a loss for the week of 3.86%.  The Dow Jones Industrial Average and the S&P 500 were down 0.28% and 1.27%, respectively.  The US markets continue to be volatile, while major indices search for a bottom.

Employment data continues to produce strong reports with initial claims for unemployment falling to their lowest level in more than 50 years, with 166,000 initial claims.  Employers demand for workers remains high with resignations and job openings at record highs and the rate at which businesses are laying off workers is near record lows.  The national unemployment rate currently stands at 3.6% in March.

The Federal Open Market Committee meeting minutes from March were released, which suggested the Fed was close to approving a 50-basis point rate hike, but settled at 25.  St. Louis Fed President, James Bullard said the central bank is behind the curve on rates but making progress.  Federal Reserve Governor Lael Brainard conveyed last week that the central bank could start reducing the balance sheet at a rapid pace in May.  She also indicated that interest rate hikes will likely be more aggressive in the future than the usual 25 basis point hike.

The yield on the 10-Year Treasury hit a new 3-year high, trading above 2.7% as investors absorb the recent meeting minutes and comments from the Fed.  The 10-Year Treasury started the year at 1.63% and most analysts had forecasted the yield to remain close to 2% for the year.

This week we will see financial companies, such as JPMorgan, Citigroup, Goldman Sachs, Wells Fargo and Morgan Stanley report first quarter earnings. It will be a shortened trading week with the exchanges closed on Friday for Good Friday.