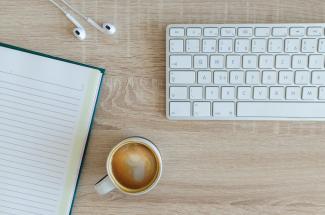 With increased volatility last week, the Dow Jones Industrial Average, NASDAQ and S&P 500 were slightly negative for the week finishing -0.42%, -0.25% and -0.11% respectively.  The yield on the 10 Year treasury settled in at 1.58 by Friday.

In economic news last week, the initial unemployment claims report had an unexpected improvement with just 547,000 filing for first time benefits.  New home sales for March reached its highest level since 2006.  The U.S. service sector increased to 63.1 from 60.4 in March as well as an increase in the manufacturing sector from 59.1 to 60.6, which was slightly ahead of estimates.

This week we will continue to get earnings report with about a third of the S&P 500 companies reporting including big tech companies, such as Apple, Microsoft, Amazon, Facebook and Alphabet.  President Biden is expected to detail the “Americans Family Plan.”  The President’s proposal seeks to increase capital gains from 20% to 39.6% for those earning more than $1 million.

Durable goods was reported at an increase of just 0.5%, well below expectations of a 2.2% increase.  The Federal Reserve is set to meet on Tuesday and Wednesday to discuss the current environment and it is unlikely they will shift their stance on monetary policy.  The personal expenditure report is expected to show a 1.8% rise in core inflation, still below the Fed’s target of 2%.  Gross Domestic Product is set to be reported on Thursday and is estimated at 6.5% for the first quarter.