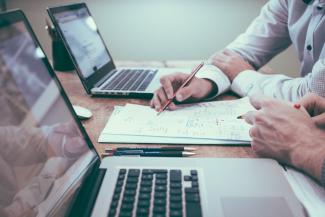 It was a busy week for economic reports, with the Consumer Price Index, the Producer Price Index and weekly jobless claims all reporting better than estimates.

The Consumer Price Index (CPI) came in at 8.5% in July. It was the first time the report did not show a month over month increase since May of 2020 and was lower than expected. The slowing pace can largely be attributed to the decline in gas prices, which fell 7.7% in July. Food prices increased 1.1% and shelter by 0.5%. Core CPI, which excludes the most volatile food and energy prices, rose 5.9% slightly better than the expected 6.1%.

The Producer Price Index also reported down 0.5% from June coming in at 9.8% year over year, the first month to month decline since April of 2020. Again, the decline can mostly be contributed to falling energy prices.

The Labor Department reported weekly jobless claims at 262,000, just below estimates but an increase by 14,000.

The US stock market reacted favorably to the news of the week with the Dow Jones Industrial Average, S&P 500, and NASDAQ all posting gains of 2.99%, 3.31, and 3.08 respectively.

This week futures were lower Monday morning as slowing economic data from China were reported. US retail earnings will continue to report this week, with Walmart and Home Depot reporting on Tuesday and Target and Lowes on Wednesday.