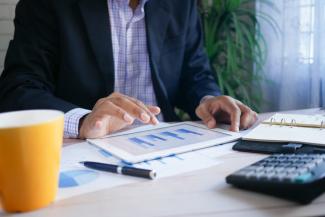 Markets struggled last week, with all major US indices declining.  The Dow Jones Industrial Average was down 0.05%, the S&P 500 down 1.16-% and the tech heavy Nasdaq getting hit the hardest down 2.62%. The question remains if the summer rally has run its course with today’s markets again opening lower.  The yield on the 10-year treasury edged above 3% again this morning.

The Federal Open Market Committee meeting minutes from the July meeting were released on Wednesday.  At the meeting they approved the 0.75% rate hike, but they did not provide specific guidance for future rate hikes.  They expressed their commitment to bring down inflation and will be watching data closely before deciding at the next meeting in September.

Federal Reserve Chairman Jerome Powell is set to speak about the current inflationary environment at the economic symposium in Jackson Hole later this week.  It is expected that he will continue to be hawkish and take an aggressive stance regarding inflation.

With the US raising rates, China is in the process of cutting rates as they face an economic slowdown brought on by their Covid restrictions.  Some economists are viewing this as a positive sign that China’s central bank is willing to provide liquidity.