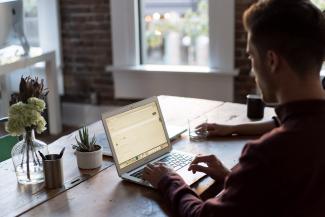 All three U.S. major equity markets closed higher last week and saw their second positive week in the last three.  The backdrop was a very positive employment report by the Labor Department showing the economy added 943,000 new jobs in July.  According to Dow Jones, economists expected 845,000 last month.  The unemployment rate dropped to 5.4%, far better than the 5.7% analysts had expected.  The Labor Department also reported that the average hourly wage increased by 4%.  The challenge for the worker, however, is that with CPI (consumer inflation) at 5.4%, the hourly worker is actually losing 1.4% due to the recent surge of inflation.

“You saw a lot more jobs being created in those areas that are reopening – restaurants, hotels, logistics, transportation,” Raymond James Chief Investment Officer Larry Adam said.  “That’s a good sign.  I think that puts more spending power behind the consumer going forward and I think that that’s ultimately a good thing for the economy.”

Investors will be paying close attention to the U.S. Bureau of Labor Statistics’ report of the consumer price index (CPI) showing the extent consumer prices have increased over the last month.  Core CPI excludes volatile food and energy costs and is expected to be 4.3% in year-over-year in July.

A central debate among economists is how long-lasting these price increases will ultimately prove to be.  Many of the categories of goods that saw the biggest price increases are in areas considered “transitory” or those tied to the rebound in economic activity and reopening the economy.  But other economists are less convinced about the transitory nature of inflation, especially given the magnitude of the price increases so far this year.  According to data from Bank of America, mentions of inflation on second-quarter corporate earnings calls have already hit a record high, surging by about 1,100% over the last year.  Within the Institute for Supply Management’s Service Index, the prices paid “subindex” raced to the level since 2005 last month.