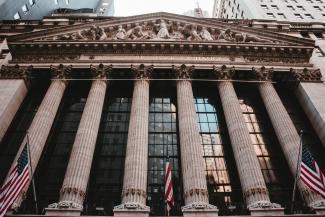 Medical and economic news had the U.S. equity markets volatile once again last week, ending with solid gains across the board.  The S&P 500 gained 3.8% last week, erasing the declines of the last two weeks and reaching a new closing record as investors became more hopeful that the Omicron variant may not be as much of a threat to the public and to the U.S. economy as initially feared.  The Dow gained 4% last week, breaking a four-week losing streak for its best weekly performance since March.  Similarly, the NASDAQ rose 3.6%, posting its best weekly performance since early February.

The closely watched November consumer price index (CPI) was announced last week, coming in at 6.8% on a year-over-over basis for the biggest jump in inflation since 1982. That figure was only slightly higher than the 6.7% estimated by economists at Dow Jones.  “The fact that inflation is likely to remain on the higher side for a while and risks of sticky inflation remain, although we believe that the passing of base effects and the easing of supply chain constraints by the end of the first quarter of next year should slowly bring inflation down to more comfortable levels,” Rick Rieder, BlackRock’s chief investment officer of global fixed income, said in a note.

Federal Reserve Chair Jerome Powell recently suggested the Fed could end the $120 billion monthly bond purchase program sooner than the current timeline of June 2022.  This would more quickly end the FOMC’s program of adding liquidity to the U.S. economy as a powerful weapon of fighting inflation.  “We think strong economic growth, labor market recovery and elevated inflation has clearly moved the Fed toward an accelerated focus on shifting policy and particularly in getting quantitative easing over with,” Mr. Rieder said.