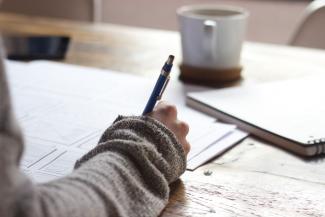 U.S. equity prices were mixed Friday, leaving all three major indices with modest losses for the week and breaking multi-week winning streaks for each.  The Dow dropped 0.6% on the week, while the S&P 500 and the Nasdaq fell 1% and 0.7%, respectively.  The small-cap Russell 2000, however, saw a sixth straight weekly gain, being up 1%.

Heavy on the markets last week was the rising COVID infection case count as investors waited for Pfizer to receive emergency approval for their vaccine, which came late last Friday. Pfizer and Germany’s BioNTech began shipping the vaccine over the weekend across the weekend, and some of the first vaccinations were being delivered and administered this morning.  FedEx and UPS have split the delivery of the vaccine throughout the country.

Meanwhile, hopes for a new round of spending by the U.S. government were boosted over the weekend after leaders of both parties signaled they would be open to setting aside the most contentious topics in their long-running talks.  A bipartisan group of House and Senate lawmakers, which had pushed for a comprise $908 billion plan, were reporting weighing the possibility of putting $106 billion of state and local aid and liability protections into a separate bill, leaving a $748 billion aid plan that would provide $300 a week in additional state unemployment benefits for four months, $300 billion in aid to small businesses and $35 billion for health care providers.

All major U.S. equity markets opened to the upside this morning reversing last week’s losses, with the NASDAQ and Russell 2000 already posting gains of more than 1% in early trading. The prospect of the delivery of the first COVID vaccines and a bipartisan aid bill may be the drivers of this week’s markets.