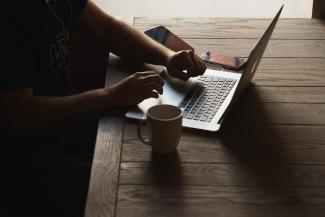 With a week packed full of economic data, the US major indices were able to hold on to gains after increased volatility and uncertainty on how the Federal Reserve will proceed.  The Dow Jones Industrial Average, S&P 500 and NASDAQ were up 0.2%, 1.1% and 2.1% respectively.

On Wednesday, the market rallied with the Dow up 737 after Federal Reserve Chairman Jerome Powell spoke and confirmed smaller interest rate hikes are likely.  However, he warned that monetary policy will likely remain restrictive for some time until there is a real indication that they have made progress on inflation.  Following Powell’s comments analysts adjusted the probability of a 0.50% increase at the December 13-14 meeting rather than a 0.75% to 77%.

The Personal Consumption Expenditures index, which the Federal Reserve more closely follows, climbed 6% year over year through October.  This was at expectations in a Bloomberg survey.  The September reading was at 6.3%.

November’s jobs report was released on Friday, with the Labor Department announcing non-farm payrolls increased 263,000 as opposed to 200,000 expected.  The unemployment rate stands at 3.7% and the average hourly earnings had a month-to-month increase of 0.6% versus 0.3% expected. With the employment numbers beating expectations this puts pressure on the Federal Reserve that they may have a case to continue to be aggressive despite their comments on Wednesday.

This week, the ISM manufacturing index, also known as the Purchasing Managers’ Index, is scheduled to be reported.  Economists’ expectation is for the reading to fall from the October level to 53.7. Next week, the Federal Reserve will hold their December meeting.