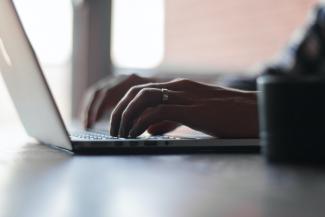 The Labor Department reported that 245,000 jobs were created in November, just over half of the 440,000 figure economists had forecasted.  “The clear message is that while the recovery in the labor market has lagged behind the recovery in overall GDP, both continue to regain ground lost during the lockdown recession of March and April,” wrote Ed Yardeni, president and chief investment strategist at Yardeni Research.

The poor jobs report did give stocks a boost by raising expectations of a new fiscal stimulus package before year-end.  “At this point, the market is anticipating at least several hundred billion dollars of incremental stimulus in 2020,” said Adam Crisafulli, founder of Vital Knowledge.  A bipartisan group of senators unveiled a $908 billion aid proposal early last week.  Although initially rejected by Senate majority leader Mitch McConnell, House Speaker Nancy Pelosi said she and McConnell had discussed “shared commitment to completing a spending bill COVID relief as soon as possible.”

Hopes remain high for a COVID vaccine as two drug makers have their vaccine before the FDA for emergency approval, as tighter restrictions are being imposed over much of California.  “Renewed lockdown restrictions in response to the third wave of the pandemic are likely to weigh on the economy in coming months, but we don’t expect a double dip (recession), said Yardeni.  “The economy could be booming next spring if enough of us are inoculated against the virus.”

Dow, S&P 500 and Russell 2000 futures are down Monday morning as investors await details of the proposed $908 billion COVID stimulus package noted above.  Only the NASDAQ is looking to open slightly higher at the opening bell.  As COVID cases in the U.S. continue to rise, the likelihood of short-term pullback in the domestic equity markets may be increasing