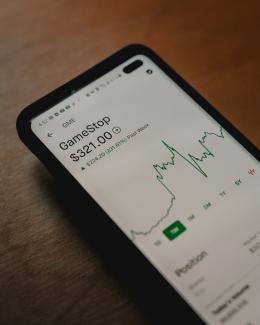 The U.S. equity markets were battered around last week as small investors banded together to take on some of the largest hedge funds on Wall Street.  The average investor could do little more than stand by and watch.  By week’s end, all three major stock indices had dropped more than 3% and pushed the Dow and S&P 500 into the red for the month of January – the first time that has happened since last October.  Some fear the old saying, “So goes January so goes the year.”  The NASDAQ did manage to eek out a small gain for the month.

Earlier in the month, investors were gaining optimism over the Biden administration’s attempts to accelerate the roll-out of the COVID vaccine and several states beginning to relax their lock-down restrictions.  Many see this as a potential catalyst for the beginning of an economic recovery.  By mid-January, all three major U.S. stock indices were nicely positive with high hopes for 2021.

Last week’s erratic trading came as a result of small, retail investors trading on platforms such as Reddit and Discord “going after” hedge funds that had bet against, or shorted, shares from GameStop and AMC.  In short, the retail investors bid up the price of each stock, forcing the hedge funds to “cover their shorts” by panic buying of the stocks.  This caused a major disruption in a market that normally functions fairly efficiently on a day-to-day basis.

All of the S&P 500's sectors fell this week, led by a 6.5% drop in energy and a 5.0% slide in materials. Among other hard-hit sectors, financials and consumer discretionary were down by more than 4% each. The smallest drop was recorded by real estate, down by just 0.2%.

The markets seem to have calmed down a bit this morning, with Dow futures up more than 200 at market’s open, a gain that faded away as the morning progressed.