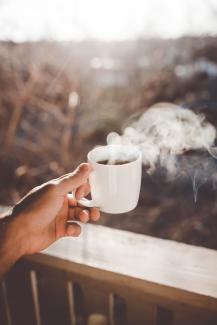 The investment markets continued to be under pressure last week from the mounting tensions between Russia and Ukraine and the potential effects of the Federal Reserve’s expected tightening of U.S. monetary policy.  The S&P 500 index fell 1.6% last week for its fifth weekly decline of the last seven weeks.  This key market index is down 3.7% thus far in February and has fallen 8.8% in the year to date.

All but one sector of the S&P 500 fell last week, consumer staples, which gained 1.1%.  The energy sector had the largest percentage drop, down 3.7%, followed by a 2.5% in communication services and a 2.3% decline in financials.

Last week’s decline came as tensions continued to escalate between Russia and Ukraine as well as between Russia and Western allies, to include the U.S., the European Union and NATO.  Amid the tensions, Russia said it expelled the #2 diplomat at the U.S. embassy in Moscow.  Russia continued its troop build-up along the Ukraine border totaling an estimated 190,000 troops.

Meanwhile, investors continue to worry about how the U.S. economy will handle the interest rate increases that are expected to begin next month from the Fed’s policy-making committee, the Federal Open Market Committee, amid rising inflation.  Of particular concern is the rate at which the Fed will increase interest rates.  Historical market data shows how differently the equity markets have handled the rate at which interest rates are raised.  While the Fed has stated it will raise rates three times, some market analysts estimate as many as five increases in 2022.

Due on the economics calendar this week is the January new home sales, February consumer confidence index and the January consumer price index (CPI) to be released on Friday.  No doubt the Fed will be paying close attention to the upcoming CPI report.  Not only will the amount of increase in inflation be vital, but also the rate of growth of inflation.  The higher either number is, the faster the Fed is to act to curb inflation.