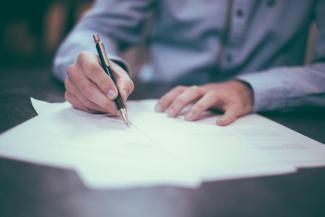 Last week, the highly anticipated Consumer Price Index was released on Thursday by the Bureau of Labor Statistics.  The report showed the year over year rate of inflation slowed 0.1% for December at 6.5%, down from the 7.1% reading for November.  Core inflation, which eliminates food and energy, was reported at 5.7%.  With the decline, investors are hopeful the Federal Reserve may ease their aggressive rate policy more quickly.

The Federal Reserve raised interest rates by 50 basis points in December and meets again in January 31 and February 1. With the most recent inflation report some are calling for a 25 basis point increase.  Patrick Harker, the president of the Federal Reserve Bank of Philadelphia, said in a speech on Thursday, “I expect that we will raise rates a few more times this year, though, to my mind, the days of us raising them 75 basis points at a time have surely passed…In my view, hikes of 25 basis points will be appropriate going forward.”

Earnings from the financial sector were reported on Friday.  Both JP Morgan and Wells Fargo reported better than expected earnings, while Blackrock reported a 23% decline in profits for the fourth quarter.  Financials declined on Friday, as many CEO’s commented they are bracing for a mild recession in 2023.

For US equity markets, all major indices were positive with the Dow Jones Industrial Average, S&P 500 and Nasdaq returning 2%, 2.67% and 4.82% respectively. This was the best weekly performance for the S&P 500 and Nasdaq since November.

It is an abbreviated week for the markets with Martin Luther King, Jr. day being observed on Monday. Corporate earnings will continue to be reported and the US Census Bureau will deliver monthly retail sales data for December. The expectation is for a decline of 0.9%.  The Producer Price Index will give us more information on the inflation outlook on Wednesday.  Economist estimates are for an annual rate of 6.8% for December.