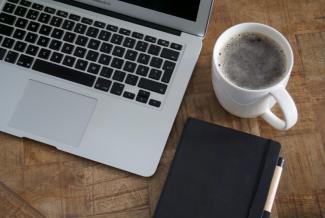 Last week in the U.S. equity markets was the first down week in 2021 under the weight of growing COVID infections, the rate at which COVID vaccines were being distributed and the timing of the rollout of a new stimulus package.  At week’s end, the Dow had dropped 0.9% while the S&P 500 and NASDAQ and the S&P 500 each lost 1.5%.

After the extended holiday weekend, futures contracts are pointing to a solidly higher opening of today’s trading, with the Dow up more than 200 points, or 0.7%, in the last hour before the market’s open.  The S&P NASDAQ are showing similar gains at the open of 0.7% and 1%, respectively.  These gains in the futures markets reflect the mounting support in Washington for the significant fiscal stimulus package proposed by President-elect Biden.

Later this morning, the Senate Finance Committee will consider Biden’s nomination of Janet Yellen to replace Steven Mnuchin for Treasury Secretary.  Yellen is expected to advocate for major fiscal action to hep support the COVID-plagued economy and suggest Congress “act big” when it comes to more aid.

Some Republicans and Democrats have expressed concern about the growing national debt, which at $21.6 trillion exceeds the annual output of the U.S. economy.  Yellen plans to address those concerns in her testimony during conformation, “Neither the president-elect, nor I, propose this relief package without an appreciation for the country’s debt burden.  But right now, with interest rates at historic lows, the smartest thing we can do is act big.”