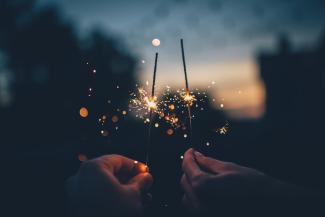 The U.S. bond market did not fare much better, some analysts saying it was worst year for bonds in more than 100 years.  Over the last 21 years, the stock and bond markets have moved in opposite directions (referred to as negative correlation).  For this reason, investment managers have often balanced the risks inherent in stocks with the historical stability of bonds – that is until 2022, when stocks and bonds moved in the same direction (positive correlation) and in many cases portfolio losses were intensified.

Inflation sparking “the worst defeat for both stocks and bonds in decades” was the biggest investor narrative, according to Greg Bassuk, CEO of AXS Investments.  “2022 was characterized by an inflation-blinding market rout, in part because the year was kicked off with Wall Street and Main Street both anticipating a containment on rising prices and a Federal Reserve that would hold rates at lower levels,” he said.  “But a fiercely opposite reality endured as inflation skyrocketed.”

Investors are in for a busy, holiday-shortened week with a slew of economic data coming due.  S&P Global manufacturing Purchasing Managers Index and construction spending expected on Tuesday (January 3), the Job Openings and Labor Turnover Survey (also referred to as JOLTS) and the December jobs report due out Friday.