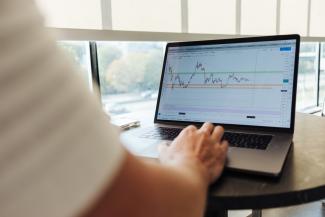 Despite the broad losses seen across all securities markets in 2022, the new year started things off on a high note. The first week of 2023 saw all three major indexes end the week positive. The Dow and S&P each finished the week up 1.5%, while the Nasdaq ended up 1%. Friday saw the Dow gain 2.13% and the S&P 500 add 2.28%, notching their best days since Nov. 30. The Nasdaq also had a great Friday, with an increase of 2.6% for its best day since Dec. 29.

Friday also saw the release of the newest nonfarm payrolls report which showed that the U.S. economy added 223,000 jobs in December, slightly above Dow Jones’ estimates of 200,000. Wages also increased, however, at a slower pace than expected. This report has been one of the key pieces of data that the Federal Reserve (Fed) has been eyeing in tracking their progress of lowering decades-high inflation. Friday’s report showed a contraction in the services sectors, which has been one area closely watched by the Fed. This improvement boosted investor’s hopes that the Fed’s interest rate hiking campaign is accomplishing its goal of slowly contracting the economy without tipping the U.S. into a recession.